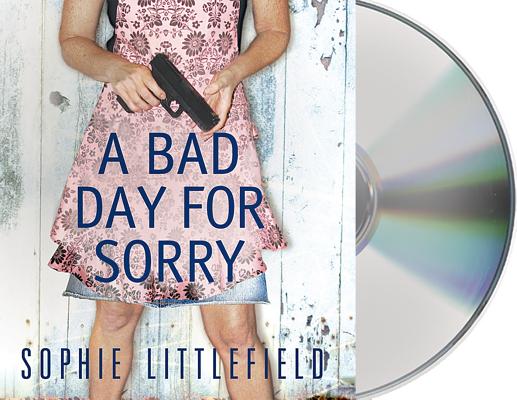 Stella Hardesty dispatched her abusive husband with a wrench shortly before her fiftieth birthday. A few years later, she's so busy delivering home-style justice on her days off, helping other women deal with their own abusive husbands and boyfriends, that she barely has time to run her sewing shop in her rural Missouri hometown. Some men need more convincing than others, but it's usually nothing a little light bondage or old-fashioned whuppin' can't fix. Since Stella works outside of the law, she's free to do whatever it takes to get the job done---as long as she keeps her distance from the handsome devil of a local sheriff, Goat Jones.

When young mother Chrissy Shaw asks Stella for help with her no-good husband, Roy Dean, it looks like an easy case. Until Roy Dean disappears with Chrissy's two-year-old son, Tucker. Stella quickly learns that Roy Dean was involved with some very scary men, as she tries to sort out who's hiding information and who's merely trying to kill her. It's going to take a hell of a fight to get the little boy back home to his mama, but if anyone can do it, it's Stella Hardesty.

“In her debut novel, Sophie Littlefield shows considerable skills for delving into the depths of her characters and complex plotting as she disarms the reader.….Littlefield keeps the plot churning with realistic action that doesn't let up. She also allows the moral ambiguity of vigilante justice to enhance this story….Littlefield's exciting debut should be the start of an even more exciting series.” —South Florida Sun Sentinel

“Ass-whuppin' 50-year-old Stella is nothing if not inventive….Littlefield puts a new spin on middle-age sleuths in this rollicking, rip-roaring debut.” —Booklist

“Expect the unexpected with Stella Hardesty, who's quite the intriguing character....From Stella's opening remark...the reader can't help but be drawn into her world and wonder where it all will lead.” —Romantic Times BOOKreviews (4 Stars)

Sophie Littlefield is an Anthony and RT Book award winner and Edgar and Goodreads Choice finalist. Her books include A Bad Day for Sorry and A Bad Day for Pretty. She lives near San Francisco, California.
Loading...
or
Not Currently Available for Direct Purchase