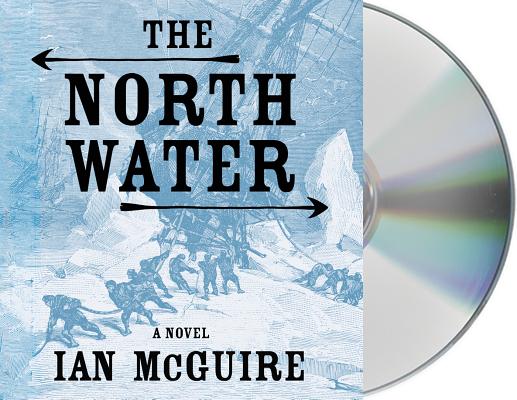 "John Keating is the perfect narrator for this story...It is by itself a compelling tale; Keating's performance gives it another dimension and makes it riveting."--AudioFile Magazine

“Riveting and darkly brilliant….The North Water feels like the result of an encounter between Joseph Conrad and Cormac McCarthy in some run-down port as they offer each other a long, sour nod of recognition.”
—Colm Toibin, The New York Times Book Review

"[An] audacious work of historical suspense fiction...It's the poetic precision of McGuire's harsh vision of the past that makes his novel such a standout...absolutely transporting."
—Maureen Corrigan, NPR's Fresh Air

A nineteenth-century whaling ship sets sail for the Arctic with a killer aboard in this dark, sharp, and highly original tale that grips like a thriller.

In India, during the Siege of Delhi, Sumner thought he had experienced the depths to which man can stoop. He had hoped to find temporary respite on the Volunteer, but rest proves impossible with Drax on board. The discovery of something evil in the hold rouses Sumner to action. And as the confrontation between the two men plays out amid the freezing darkness of an arctic winter, the fateful question arises: who will survive until spring?

With savage, unstoppable momentum and the blackest wit, Ian McGuire's The North Water weaves a superlative story of humanity under the most extreme conditions.


Praise For The North Water: A Novel…

"John Keating is the perfect narrator for this story of redemption amid the brutality of a doomed nineteenth-century whaling trip. Keating's Irish-accented voice shifts to fit each of the motley characters who populate the book—from the disgraced and opium-addicted surgeon, Patrick Sumner, to his shipmate, the irredeemably evil Henry Drax, and various other sailors. Keating captures the roughness of most of the men as well as the smoother tones of the officers and gentlemen who try to control things. This story includes bravery, cowardice, treachery, death, whales, bears, and friendship. It is by itself a compelling tale; Keating's performance gives it another dimension and makes it riveting." –AudioFile