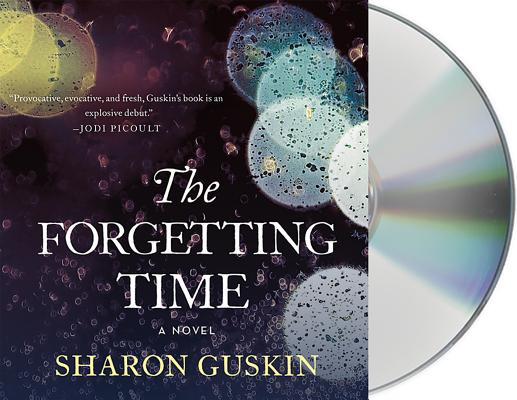 Noah wants to go home. A seemingly easy request from most four year olds. But as Noah's single-mother, Janie, knows, nothing with Noah is ever easy. One day the pre-school office calls and says Janie needs to come in to talk about Noah, and no, not later, now - and life as she knows it stops.

For Jerome Anderson, life as he knows it has stopped. A deadly diagnosis has made him realize he is approaching the end of his life. His first thought - I'm not finished yet. Once a shining young star in academia, a graduate of Yale and Harvard, a professor of psychology, he threw it all away because of an obsession. Anderson became the laughing stock of his peers, but he didn't care - something had to be going on beyond what anyone could see or comprehend. He spent his life searching for that something else. And with Noah, he thinks he's found it.

The program features an interview with the author.

"Susan Bennett, portraying Janie, and David Pittu, portraying Dr. Anderson, create a thought-provoking listening experience. Bennett employs a whole range of emotions, from anger and confusion to peace and acceptance as Janie tries to find answers for her troubled child. Pittu gives a nuanced voice to the psychiatrist, who is racing to regain his reputation and defend his past-life theory before he succumbs to a devastating health problem." -AudioFile.com


"Because the story is told in third person, there’s some overlapping of character portrayals. It’s a testimony to the narrators’ skills that these dual characterizations enrich and reinforce rather than detract from the telling. The pitch-perfect vocalizations add the perfect touch of drama and emotion to the complex story and vividly drawn characters, making it a memorable listening experience." -Booklist

SHARON GUSKIN lives in Brooklyn with her husband and two sons. The Forgetting Time is her first novel.