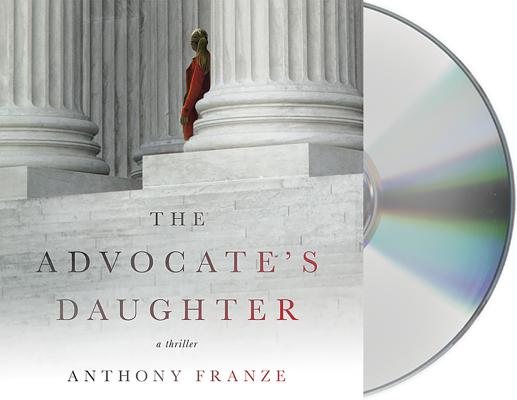 A Washington, D.C. lawyer and a frequent major media commentator on the Supreme Court, Anthony Franze delivers a high-stakes story of family, power, loss and revenge set within the insular world of the highest court of our country.

Among Washington D.C. power players, everyone has secrets they desperately want to keep hidden, including Sean Serrat, a Supreme Court lawyer. Sean transformed his misspent youth into a model adulthood, and now has one of the most respected legal careers in the country. But just as he learns he's on the short list to be nominated to the U.S. Supreme Court, his daughter, Abby, a talented and dedicated law student, goes missing. Abby's lifeless body is soon found in the library of the Supreme Court, and her boyfriend, Malik Montgomery, a law clerk at the high court, is immediately arrested. The ensuing media frenzy leads to allegations that Malik's arrest was racially motivated, sparking a national controversy.

While the Serrat family works through their grief, Sean begins to suspect the authorities arrested the wrong person. Delving into the mysteries of his daughter's last days, Sean stumbles over secrets within his own family as well as the lies of some of the most powerful people in the country. People who will stop at nothing to ensure that Sean never exposes the truth.

"Robert Petkoff's narration brings the characters to life and adds depth to the suspenseful mystery. A great for thriller fans, especially those who enjoy politically themed mystery."--Library Journal

"Robert Petkoff, a prolific and accomplished narrator, masterfully unfolds this smart, suspenseful, nail-biter of a whodunit. Petkoff's deep, versatile voice is mesmerizing...this clever story draws you in, wrings you out, and holds you tight, until the very last word." -AudioFile.com

"Robert Petkoff's narration brings the characters to life and adds depth to the suspenseful mystery. A great listen for thriller fans, especially those who enjoy politically themed mystery." -Library Journal

"Franze's characters are very well-developed, and the versatile Robert Petkoff deftly juggles their voices in the narration." Fran Wood, NJ.com

ANTHONY FRANZE is a lawyer in the Appellate and Supreme Court practice of a prominent Washington, D.C. law firm, and a critically acclaimed thriller writer with novels set in the nation’s highest court, including The Last Justice, The Advocate's Daughter, and The Outsider. Franze has been a commentator on legal and Supreme Court issues for The New Republic, Bloomberg, National Law Journal, and other major media outlets. He is a board member and a Vice President of the International Thriller Writers organization. Franze lives in the Washington, D.C. area with his family.