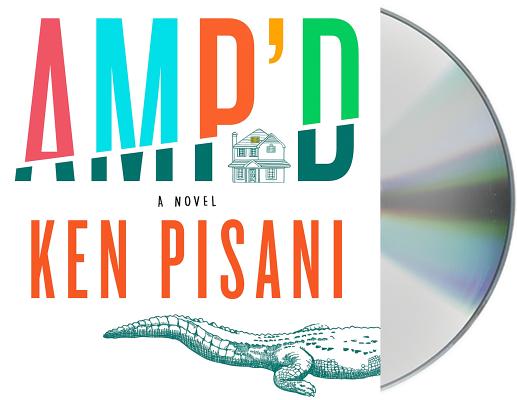 “Complete with painfully wry observations and delightfully caustic wit, this novel is a gritty exploration of what it's like to feel incomplete in the world. All five fingers up for this bitterly satisfying tale.” —Kirkus Reviews(starred)

Aaron is not a man on a hero's journey. In the question of fight or flight, he'll choose flight every time. So when a car accident leaves him suddenly asymmetrical, his left arm amputated, looking on the bright side just isn't something he's equipped to do.

Forced to return to his boyhood home to recuperate, Aaron is confronted with an aging father (a former Olympic biathlete turned hoarder), a mother whose chosen to live in a yurt with a fireman twelve years her junior, and a well-meaning sister whose insufferable husband proves love isn't just blind, but also painfully stupid.

As Aaron tries to make the world around him disappear in a haze of Vicodin and medical marijuana, the only true joy in his life comes from daily ninety-second radio spots of fun science facts: the speed of falling raindrops, batteries made out of starfish, and sexual responses triggered by ringtones - all told in the lush, disembodied voice of commentator Sunny Lee, with whom he falls helplessly, ridiculously, in love. Aaron's obsession with Sunny only hastens his downward spiral, like pouring accelerant on a fire. Pressured to do something - anything - to move his life forward, he takes the only job he can get. As a "fish counter" at the nearby dam, he concludes that an act of violent sacrifice to liberate the river might be his best, final option.

Ken Pisani is a television writer and producer, screenwriter, playwright, comic book author, former cartoonist, and now, a novelist. (Ken needs to learn how to focus.) He lives in Los Angeles with his beautiful wife Amanda, and is allergic to dogs.

Ari Fliakos is an actor with experience in television, radio, film, theater, and voiceovers. His narration of Seth Patrick’s Reviver won an Audie for paranormal fiction. He has narrated Black Site and Tier One Wild by Dalton Fury, as well as Gangster Squad, The Inquisitor, and Shotgun Lovesongs. On screen, he is best-known for his roles in Law & Order, Pills, and Company K.
or
Not Currently Available for Direct Purchase
Copyright © 2020 American Booksellers Association