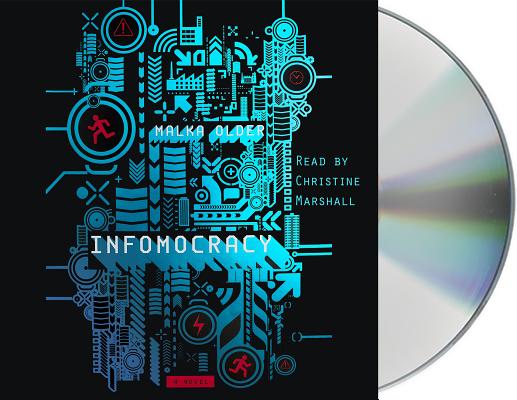 It's been twenty years and two election cycles since Information, a powerful search engine monopoly, pioneered the switch from warring nation-states to global microdemocracy. The corporate coalition party Heritage has won the last two elections. With another election on the horizon, the Supermajority is in tight contention, and everything's on the line.

MALKA OLDER is a writer, aid worker, and sociologist. Her science-fiction political thriller Infomocracy was named one of the best books of 2016 by Kirkus, Book Riot, and the Washington Post. The Centenal Cycle trilogy, which also includes Null States (2017) and State Tectonics (2018), is a finalist for the Hugo Best Series Award of 2018. She is also the creator of the serial Ninth Step Station, currently running on Serial Box, and her short story collection And Other Disasters will come out in December 2019. Named Senior Fellow for Technology and Risk at the Carnegie Council for Ethics in International Affairs for 2015, she has more than a decade of field experience in humanitarian aid and development. Her doctoral work on the sociology of organizations at Sciences Po Paris explores the dynamics of post-disaster improvisation in governments.
or
Not Currently Available for Direct Purchase
Copyright © 2020 American Booksellers Association