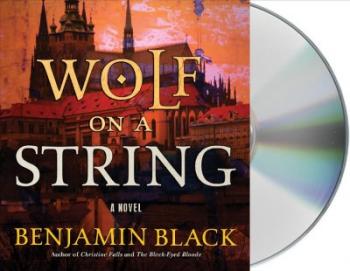 Bestselling author Benjamin Black turns his eye to sixteenth century Prague and a story of murder, magic and the dark art of wielding extraordinary power/

"...outstandingly read by Simon Vance, whose versatility with voices and intonations brings the cast to life." — Fran Wood, NJ.com

From the spectacularly inventive Benjamin Black, Wolf on a String is a historical crime audiobook that delivers both a mesmerizing portrait of a lost world and a riveting tale of intrigue and suspense.

"It's outstandingly read by Simon Vance, whose versatility with voices and intonations brings the cast to life." - NJ.com

“Black [is] a master of high-class crime fiction, literary noir in the tradition of Georges Simenon and Raymond Chandler…. In characteristically gorgeous prose, he conjures a wintry world of opportunists and occultists, dwarves and hunchbacks, wolves and shadowy black-winged beasts….The marvelously evoked ‘city of masks and make-believe’ is the [novel’s] great pleasure.” –The Guardian