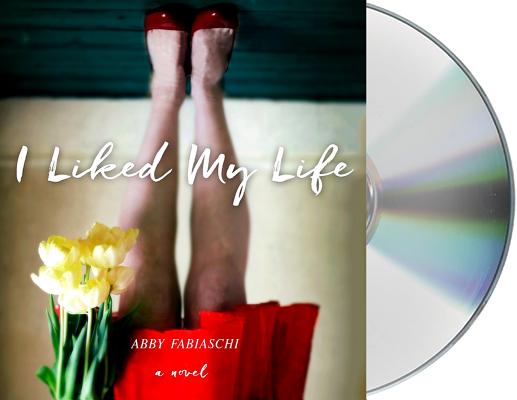 I Liked My Life

“An emotional journey of love, loss, healing, and redemption. I rooted for every character.” —Lisa See, New York Times and USA Today bestselling author of Snow Flower and The Secret Fan

“I Liked My Life is a treasure of a novel. Warm-hearted and clever, the story will keep you reading until the final delicious revelation.” —Diane Chamberlain, New York Times and USA Todaybestselling author

“Warm and hopeful, this marvelous debut stands next to novels from Catherine McKenzie and Carolyn Parkhurst.” —Booklist (starred)

A story from debut author Abby Fabiaschi that is "as absorbing as it is illuminating, and as witty as it is heartbreaking."

Maddy is a devoted stay-at-home wife and mother, host of excellent parties, giver of thoughtful gifts, and bestower of a searingly perceptive piece of advice or two. She is the cornerstone of her family, a true matriarch...until she commits suicide, leaving her husband Brady and teenage daughter Eve heartbroken and reeling, wondering what happened. How could the exuberant, exacting woman they loved disappear so abruptly, seemingly without reason, from their lives? How they can possibly continue without her? As they sift through details of her last days, trying to understand the woman they thought they knew, Brady and Eve are forced to come to terms with unsettling truths.

Maddy, however, isn’t ready to leave her family forever. Watching from beyond, she tries to find the perfect replacement for herself. Along comes Rory: pretty, caring, and spontaneous, with just the right bit of edge...but who also harbors a tragedy of her own. Will the mystery of Maddy ever come to rest? And can her family make peace with their history and begin to heal?


Praise For I Liked My Life: A Novel…

ABBY FABIASCHI graduated from The Taft School in 1998 and Babson College in 2002. She is a human rights advocate and co-founder of Empower Her Network, a nonprofit that paves a path for survivors of human trafficking with a will for independence. In 2012 Abby resigned from her executive post in high tech to pursue a career in writing. I LIKED MY LIFE is her first novel. She and her family divide their time between West Hartford, Connecticut, and Park City, Utah.

Susan Bennett is University Professor in the Department of English at the University of Calgary, Canada. She is the author of Theatre Audiences: A Theory of Production and Reception (1997, 2nd edition), Performing Nostalgia (1996), and Theatre & Museums (2013). Among her edited volumes are Shakespeare Beyond English (co-edited with Christie Carson, 2013) and Performing Environments: Site-Specificity on the Early Modern Stage (co-edited with Mary Polito, 2014). She was editor of Theatre Journal from 1997-2001 and has also edited or co-edited special issues of other theatre and performance journals.