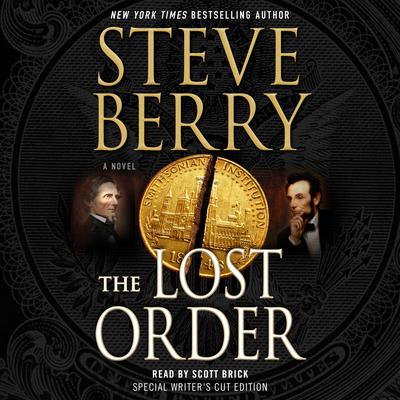 "Narrator Scott Brick's smooth voice flows with the twists and turns of Berry's political thriller...Secrets unravel, and tensions rise as Brick shifts vocal focus from the historical secret society to contemporary conspirators who include corrupt politicians and judges." — AudioFile Magazine

In this audiobook, Steve Berry and Macmillan Audio have teamed up again to bring listeners an expanded, annotated Writer's Cut audiobook edition of The Lost Order.

“[Scott] Brick sets a page-turning pace by intensifying the drama and the danger and underlining the nail-biting suspense in this thriller filled with conspiracies and intriguing historical information. Listeners should prepare to sit back and enjoy Brick’s riveting and immensely entertaining
performance.”--Booklist on The 14th Colony