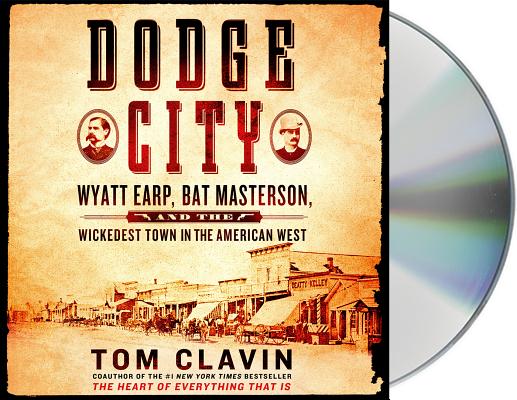 "Giving extensive background information about not only these two men but also their families and their lives before Dodge, the book presents a feast of history in the Mississippi area during the Civil War and the subsequent westward migration. Lloyd's nuanced voice goes well with the engaging text. He enunciates clearly, is confident in expression and tone, and makes this a delightful listening experience for those who love the history of the Old West." - AudioFile Magazine

"Read by John Bedford Lloyd, whose riveting narration makes the recording impossible to turn off." - ElectricReview.com

"Narration by John Bedford Lloyd is superb. This volume will appeal to anyone with an interest in the Old West's myths and larger-than-life characters." -Library Journal

TOM CLAVIN is a #1 New York Times bestselling author and has worked as a newspaper and web site editor, magazine writer, TV and radio commentator, and a reporter for The New York Times. He has received awards from the Society of Professional Journalists, Marine Corps Heritage Foundation, and National Newspaper Association. His books include The Heart of Everything That Is, Halsey's Typhoon, and Reckless. He lives in Sag Harbor, NY.
Loading...
or
Not Currently Available for Direct Purchase