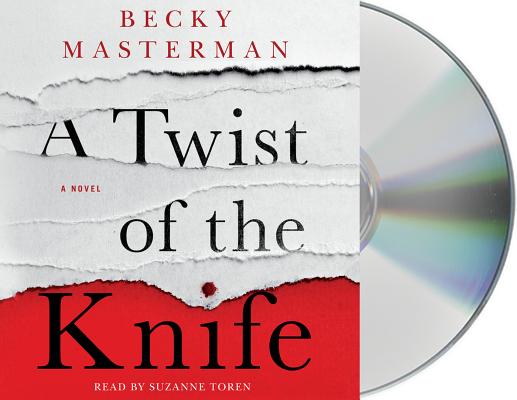 A Twist of the Knife (CD-Audio)

"A crime novel that transcends the genre—a twisting, high-stakes story with characters so real and so recognizably human, that it breaks your heart a little. Brilliant."
-Shari Lapena, author of the New York Times bestseller The Couple Next Door

Ex-FBI agent Brigid Quinn, now happily settled in Tucson, doesn’t visit her family in Florida much. But her former partner on the force, Laura Coleman—a woman whose life she has saved and who has saved her life in turn—is living there now. So when Laura calls about a case that is not going well, Brigid doesn’t hesitate to get on a plane.

On leave from the Bureau, Laura has been volunteering for a legal group trying to prove the innocence of a man who is on death row for killing his family. Laura is firmly convinced that he didn’t do it, while Brigid isn’t so sure—but the date for his execution is coming up so quickly that they’ll have to act fast to find any evidence that may absolve him before it’s too late…

Edgar Award and CWA Gold Dagger finalist Becky Masterman’s third Brigid Quinn audiobook is the masterful follow-up to Fear the Darkness and Rage Against the Dying.

BECKY MASTERMAN, who was an acquisitions editor for a press specializing in medical textbooks for forensic examiners and law enforcement, received her M.A. in creative writing from Florida Atlantic University. Her debut thriller, Rage Against the Dying, was a finalist for the Edgar Award for Best First Novel, the CWA Gold Dagger Award for Best Crime Novel of 2013, as well as the Macavity, Barry, and Anthony awards. She won the Tony Hillerman Fiction Award for A Twist of the Knife. Becky lives in Tucson, Arizona, with her husband.

Suzanne Toren has over 30 years of experience in recording.  She won the American Foundation for the Blind's Scourby Award for Narrator of the Year in 1988, and AudioFile magazine named her the 2009 Best Voice in Nonfiction & Culture.  She is also the recipient of multiple Earphones Awards. Her many credits include works by Jane Smiley, Margaret Weis, Jerry Spinelli, Barbara Kingsolver, and Cynthia Rylant. AudioFile also raves, “Toren brings a distinguishing warmth and power to her narrations. Her talents extend to both fiction and nonfiction, and in her recording career of 30-plus years she has given listeners heart-wrenching memoirs, lively history, engaging light fiction, and involving mysteries.” Toren also performs on and off-Broadway and in regional theatres.

Praise For A Twist of the Knife: A Novel (Brigid Quinn Series #3)…

"Fans of the Brigid Quinn mystery series will be delighted to hear Suzanne Toren's narration of the third book. ...Toren has a knack for realistic pacing in the midst of intense conversation and leaves the listener guessing whether Coleman is emotionally unstable or simply very forceful in her efforts to exonerate the man convicted of killing his family. Quinn may be feisty and capable, but Toren also portrays her vulnerability in dealing with her father's imminent death." -AudioFile

“Masterman lives up to her name in this masterly combination of compelling character and plot.” —Library Journal (starred)