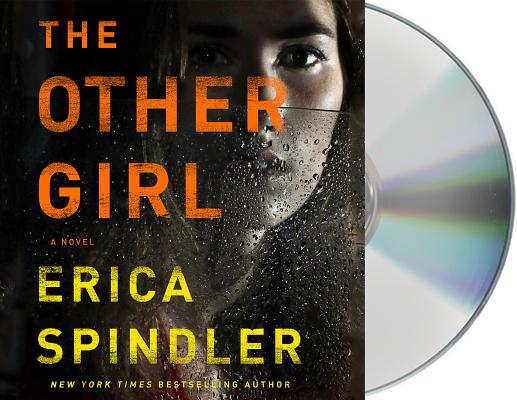 The Other Girl (CD-Audio)

From the Erica Spindler, the New York Times bestselling author of Justice for Sara and The First Wife, comes The Other Girl, a chilling new thriller about a ritualistic murder of a college professor that sends a small town cop back into the trauma she thought she’d put behind her.

A horrific crime. One witness—a fifteen year old girl from the wrong side of the tracks, one known for lying and her own brushes with the law.

Is it any surprise no one believed her?

Tavia Gilbert has recorded hundreds of titles across a wide span of genres, including Erica Spindler romantic thrillers, John Scalzi science fiction, Jeaniene Frost fantasy.  She received four Audies nominations and won three Audiofile Earphones Awards for titles The Obituary Writer, Sing Them Home and The Day of the Pelican.  In addition to voice acting, Gilbert is an accomplished producer, singer and theater actor.

Praise For The Other Girl: A Novel…

"[Tavia] Gilbert captures the lilt and cadence of Louisiana in the dialogue of this fast-paced thriller." -Booklist

"[A] superlative romantic thriller...Multidimensional characters with a plethora of hidden agendas help drive the riveting plot to its explosive conclusion." — Publishers Weekly

"An amazing thriller that has everything readers have come to expect from one of Spindler's novels. With twists and turns around every corner, you will be hanging on to the edge of your seat to find out what happens next. The characters are so complex that readers will be surprised at what they are hiding beneath their exteriors. A fantastic thriller from one of the best in the genre." — RT Reviews