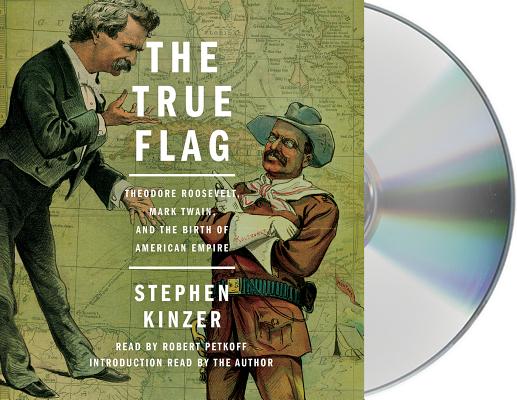 Revealing a piece of forgotten history in The True Flag, Stephen Kinzer transports us to the dawn of the twentieth century, when the United States first found itself with the chance to dominate faraway lands. That prospect thrilled some Americans. It horrified others. Their debate gripped the nation.

All Americans, regardless of political perspective, can take inspiration from the titans who faced off in this epic confrontation. Their words are amazingly current. Every argument over America’s foreign policy and international role grows from this one. It all starts here.

“Stephen Kinzer’s lively and incisive history takes us back more than a century to a fateful turning point: the moment when the United States first assumed the right to overthrow or build up regimes in distant parts of the globe. I hope American leaders will read this book, and think long and hard about the warning it sounds." —Adam Hochschild, author of Spain in Our Hearts and King Leopold’s Ghost

Stephen Kinzer is the author of over ten books, including The True Flag, The Brothers, Overthrow, and All the Shah’s Men. An award-winning foreign correspondent, he served as the New York Times bureau chief in Nicaragua, Germany, and Turkey. He is a senior fellow at the Watson Institute for International and Public Affairs at Brown University, and writes a world affairs column for the Boston Globe. He lives in Boston.