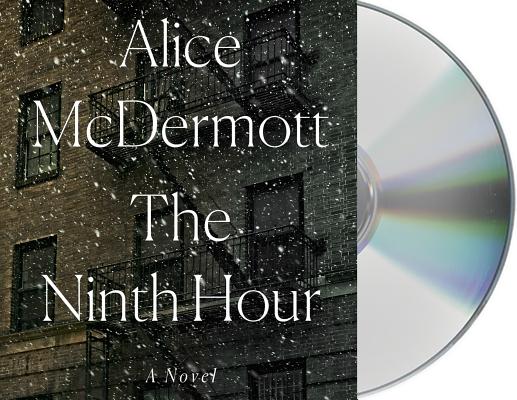 A magnificent new audiobook from one of America’s finest writers—a powerfully affecting story spanning the twentieth century of a widow and her daughter and the nuns who serve their Irish-American community in Brooklyn.

The characters we meet — from Sally, the unborn baby at the beginning of the audiobook who becomes the center of the story, to the nuns whose personalities we come to know and love, to the neighborhood families with whose lives they are entwined — are all rendered with extraordinary sympathy and McDermott’s trademark lucidity and intelligence. Alice McDermott’s The Ninth Hour is a crowning achievement by one of the premiere writers at work in America today, and the audio edition is truly unforgettable.

Alice McDermott is the author of several novels, including The Ninth Hour; Someone; After This; Child of My Heart; Charming Billy, winner of the 1998 National Book Award; and At Weddings and Wakes—all published by FSG. That Night, At Weddings and Wakes, and After This were all finalists for the Pulitzer Prize. Her stories and essays have appeared in The New York Times, The Washington Post, The New Yorker, Harper’s Magazine, and elsewhere. For more than two decades she was the Richard A. Macksey Professor of the Humanities at Johns Hopkins University and a member of the faculty at the Sewanee Writers Conference. McDermott lives with her family outside Washington, D.C.