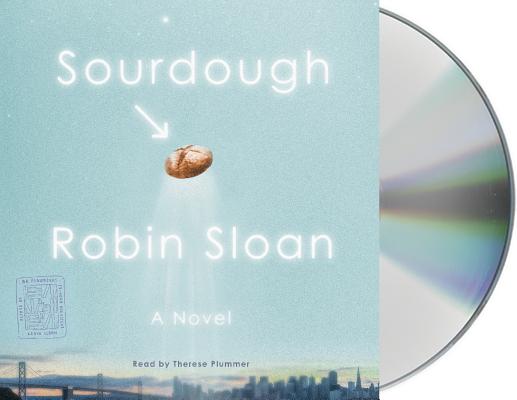 "Robin Sloan's second novel is an entertaining concoction of probiotic and high-tech ingredients...This is a funny, effervescent book told in the first person and given full range by Therese Plummer, whose youthful voice captures the matter-of-fact nature of Lois's unjaded, scientific temperament and the dizzying ups and downs of her spirits." — The Washington Post

Lois Clary is a software engineer at General Dexterity, a San Francisco robotics company with world-changing ambitions. She codes all day and collapses at night, her human contact limited to the two brothers who run the neighborhood hole-in-the-wall from which she orders dinner every evening. Then, disaster! Visa issues. The brothers close up shop, and fast. But they have one last delivery for Lois: their culture, the sourdough starter used to bake their bread. She must keep it alive, they tell her—feed it daily, play it music, and learn to bake with it.

Lois is no baker, but she could use a roommate, even if it is a needy colony of microorganisms. Soon, not only is she eating her own homemade bread, she’s providing loaves daily to the General Dexterity cafeteria. The company chef urges her to take her product to the farmer’s market, and a whole new world opens up.

When Lois comes before the jury that decides who sells what at Bay Area markets, she encounters a close-knit club with no appetite for new members. But then, an alternative emerges: a secret market that aims to fuse food and technology. But who are these people, exactly?

Leavened by the same infectious intelligence that made Robin Sloan’s Mr. Penumbra’s 24-Hour Bookstore such a sensation, while taking on even more satisfying challenges, Sourdough marks the triumphant return of a unique and beloved young author.

Includes bonus material that provides an audiobook-only glimpse at the evolving relationship between Lois and Slurry, the company upon whose dystopian meal replacements she and her engineer friends all subsist.


Praise For Sourdough: A Novel…

Robin Sloan grew up in Michigan and now splits his time between San Francisco and the Internet. He is the author of Mr. Penumbra's 24-Hour Bookstore and Sourdough.
Loading...
or
Not Currently Available for Direct Purchase