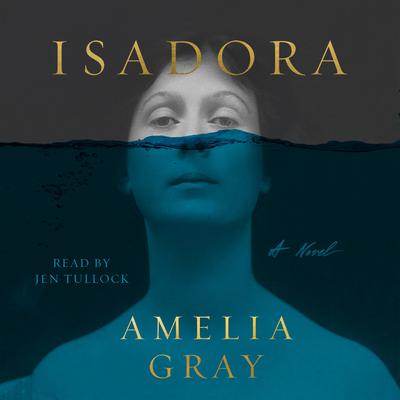 Using the scaffolding of Isadora Duncan’s life and the stuff of her spirit, Amelia Gray delivers an incredibly imaginative portrait of the artist

In 1913, the restless world sat on the brink of unimaginable suffering. But for one woman, the darkness of a new era had already made itself at home. Isadora Duncan would come to be known as the mother of modern dance, but in the spring of 1913 she was a grieving mother, after a freak accident in Paris resulted in the drowning death of her two young children.

The accident cracked Isadora’s life in two: on one side, the brilliant young talent who captivated audiences the world over; on the other, a heartbroken mother spinning dangerously on the edge of sanity.

Isadora is a shocking and visceral portrait of an artist and woman drawn to the brink of destruction by the cruelty of life. In her breakout novel, Amelia Gray offers a relentless portrayal of a legendary artist churning through prewar Europe. Isadora seeks to obliterate the mannered portrait of a dancer and to introduce the listener to a woman who lived and loved without limits, even in the darkest days of her life.

Amelia Gray is the author of several books, including AM/PM, Museum of the Weird, THREATS, and Gutshot. Her fiction and essays have appeared in The New Yorker, The New York Times, The Wall Street Journal, Tin House, and VICE. She has been a finalist for the PEN/Faulkner Award for Fiction and for the New York Public Library Young Lions Fiction Award, and is the winner of the FC2 Ronald Sukenick Innovative Fiction Contest. She lives in Los Angeles.