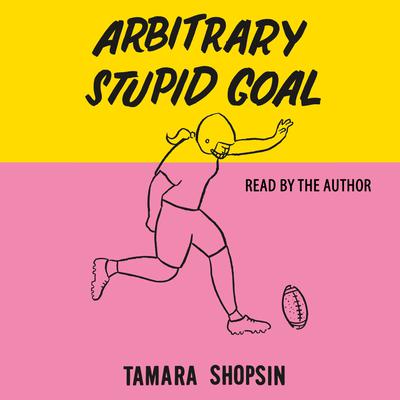 “Arbitrary Stupid Goal is a completely riveting world—when I looked up from its pages regular life seemed boring and safe and modern like one big iPhone. This book captures not just a lost New York but a whole lost way of life.” —Miranda July

In Arbitrary Stupid Goal, Tamara Shopsin takes the reader on a pointillist time-travel trip to the Greenwich Village of her bohemian 1970s childhood, a funky, tight-knit small town in the big city, long before Sex and the City tours and luxury condos. The center of Tamara’s universe is Shopsin’s, her family’s legendary greasy spoon, aka “The Store,” run by her inimitable dad, Kenny—a loquacious, contrary, huge-hearted man who, aside from dishing up New York’s best egg salad on rye, is Village sheriff, philosopher, and fixer all at once. All comers find a place at Shopsin’s table and feast on Kenny’s tall tales and trenchant advice along with the incomparable chili con carne.

Filled with clever illustrations and witty, nostalgic photographs and graphics, and told in a sly, elliptical narrative that is both hilarious and endearing, Arbitrary Stupid Goal is an offbeat memory-book mosaic about the secrets of living an unconventional life, which is becoming a forgotten art.

Tamara Shopsin is a well-known cook at the distinctly New York City eatery Shopsin’s, a New York Times and New Yorker illustrator, and the author of 5 Year Diary and What Is This?, as well as the coauthor of This Equals That and Mumbai New York Scranton. She lives in New York City with her husband.