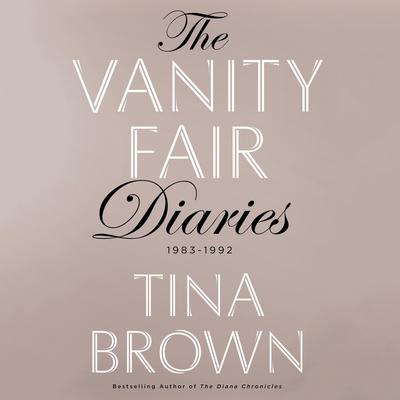 Here are the inside stories of Vanity Fair scoops and covers that sold millions--the Reagan kiss, the meltdown of Princess Diana's marriage to Prince Charles, the sensational Annie Leibovitz cover of a gloriously pregnant, naked Demi Moore. In this cinematic audiobook, the drama, the comedy, and the struggle of running an "it" magazine come to life. Brown's Vanity Fair Diaries is also a woman's journey, of making a home in a new country and of the deep bonds with her husband, their prematurely born son, and their daughter.

Tina Brown is an award-winning writer and editor and the founder of the Women in the World summit. Between 1979 and 2001, she was editor in chief of Tatler, Vanity Fair, and The New Yorker and she authored the 2007 bestselling biography of the Princess of Wales, The Diana Chronicles. In 2008 Brown launched The Daily Beast, and in 2010 launched Tina Brown Live Media to expand Women in the World internationally. She is married to editor, publisher, and historian Sir Harold Evans and lives in New York City.