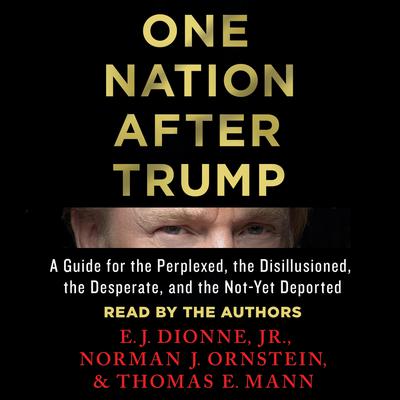 One Nation After Trump (Digital Audiobook)

AN INSTANT NEW YORK TIMES BESTSELLER — read by the authors.

The award-winning authors of One Nation After Trump explain Trump’s rise and the danger his administration poses to our free institutions. They also offer encouragement to the millions of Americans now experiencing a new sense of citizenship and engagement and argue that our nation needs a unifying alternative to Trump’s dark and divisive brand of politics—an alternative rooted in a New Economy, a New Patriotism, a New Civil Society, and a New Democracy.

One Nation After Trump is the essential audiobook for our era, an unsparing assessment of the perils facing the United States and an inspiring roadmap for how we can reclaim the future.