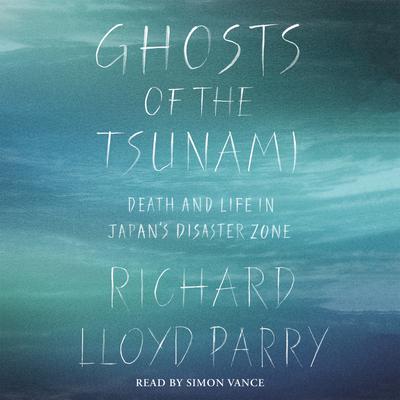 Ghosts of the Tsunami (Digital Audiobook)

"In an understated performance, Simon Vance details one of the stunning tragedies arising from the tsunami that struck Japan in 2011...Vance's steady pacing, crisp enunciation, and careful inflection enhance the weight of the story, which moves between reportage and interviews, and ultimately reveals unsettling truths about this particular disaster." — AudioFile Magazine

Masterfully narrated by Simon Vance, winner of 14 Audie Awards and 61 Earphone Awards, comes the heartbreaking true story of a natural disaster and the resilience of Japan.

the definitive account of what happened, why, and above all how it felt, when catastrophe hit Japan—by the Japan correspondent of The Times (London) and author of People Who Eat Darkness

Richard Lloyd Parry is the Asia editor and Tokyo bureau chief of The Times (London) and the author of In the Time of Madness and People Who Eat Darkness.