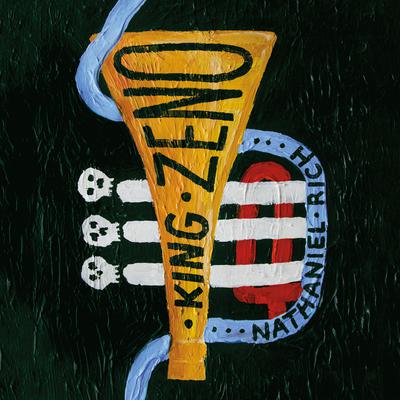 "Holter Graham's narration matches the author's tense tone in this expansive audiobook...Graham handles the large cast of characters and multiple storylines with ease, ratcheting up the tension in the right places and keeping listeners engaged." — AudioFile Magazine

New Orleans, 1918. The birth of jazz, the Spanish flu, an ax murderer on the loose. The lives of a traumatized cop, a conflicted Mafia matriarch, and a brilliant trumpeter converge—and Crescent City gets the rich, dark, sweeping audiobook it so deserves.

From Odds Against Tomorrow author Nathaniel Rich, one of the most inventive minds of his generation, King Zeno is a historical crime audiobook and a searching inquiry into man’s dreams of immortality.

New Orleans in the early twentieth century is a city determined to reshape its destiny and, with it, the nation’s. Downtown, a new American music is born. In Storyville, prostitution is outlawed and the police retake the streets with maximum violence. In the Ninth Ward, laborers break ground on a gigantic canal that will split the city, a work of staggering human ingenuity intended to restore New Orleans’s faded mercantile glory. The war is ending and a prosperous new age dawns. But everything is thrown into chaos by a series of murders committed by an ax-wielding maniac with a peculiar taste in music.

The murders scramble the fates of three people from different corners of town. Detective William Bastrop is an army veteran haunted by an act of wartime cowardice, recklessly bent on redemption. Isadore Zeno is a jazz cornetist with a dangerous side hustle. Beatrice Vizzini is the widow of a crime boss, who yearns to take the family business straight. Each nurtures private dreams of worldly glory and eternal life, their ambitions carrying them into dark territories of obsession, paranoia, and madness.

In New Orleans, a city built on swamp, nothing stays buried for long. Listeners will thrill at the chance to engage in a little imaginative excavation.