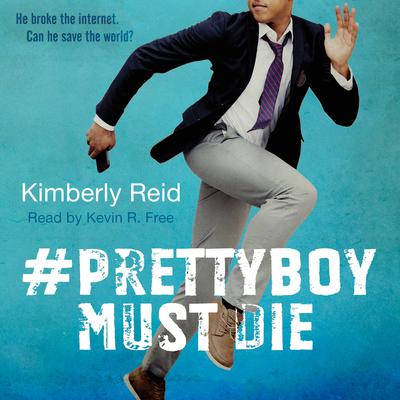 From beloved YA author Kimberly Reid comes an exciting new audiobook that will speak to young listeners.

A CIA prodigy's cover is blown when he accidentally becomes an internet sensation in #Prettyboy Must Die, a fun, fast thriller inspired by the #Alexfromtarget story.

Because he’s not really Peter Smith. He’s Jake Morrow, former foster-kid turned CIA operative. After a massive screw-up on his first mission, he's on a pity assignment, a dozen hit lists and now, social media, apparently. As #Prettboy, of all freaking things.

KIMBERLY REID currently lives near Denver, Colorado, but her roots are firmly planted in Georgia clay, and she still calls Atlanta home. She is the author of several critically acclaimed YA mysteries in addition to the Colorado Book Award-winning memoir No Place Safe, which has been optioned for film by 12 Years a Slave director, John Ridley. Most of Reid's family is in the crime-fighting business; her mother was a homicide detective, and her husband runs a city courtroom, so she can’t help but write crime fiction, knowing she'll never run out of stories. Her books include Prettyboy Must Die, Perfect Liars, and My Own Worst Frenemy.