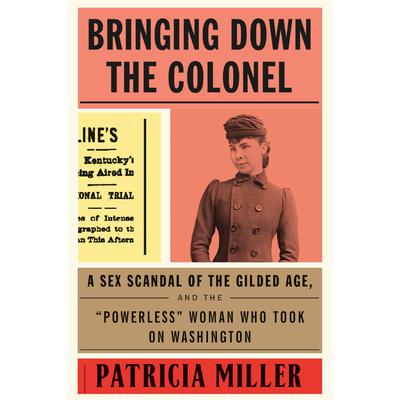 Bringing Down the Colonel (Digital Audiobook)

In Bringing Down the Colonel, journalist Patricia Miller tells the story of Madeline Pollard, an unlikely nineteenth-century women’s rights crusader. After an affair with a prominent politician left her “ruined,” Pollard brought the man—and the hypocrisy of America’s control of women’s sexuality—to trial. And, surprisingly, she won.