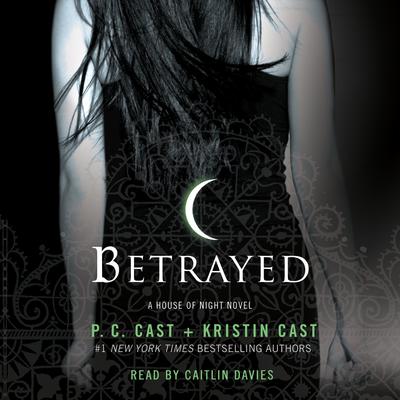 Fledgling vampyre Zoey Redbird has managed to settle in at the House of Night. She's come to terms with the vast powers the vampyre goddess, Nyx, has given her, and is getting a handle on being the new Leader of the Dark Daughters, the school's most elite group. Best of all, Zoey's made some new friends and she finally feels like she belongs--like she really fits in. She actually has a boyfriend…or two. And despite the best efforts of her mother and step-loser John to humiliate her publically during parent visitation, she's earned the respect of her professors and High Priestess, Neferet.

Then the unthinkable happens: human teenagers are being killed, and all the evidence points to the House of Night, straining human-vamp tensions in Tulsa to a breaking point. While danger stalks the humans from Zoey's old life, she finds herself drawn into an intoxicating forbidden flirtation that threatens to distract her from the growing crisis. Then, when she needs her new friends the most, death strikes the House of Night. Too late, Zoey begins to realize that the very powers that make her so unique might also threaten those she loves, and she must find the courage to face a betrayal that could break her heart, her soul, and jeopardize the very fabric of her world.

P.C. Cast is an award-winning fantasy and paranormal romance author, as well as an experienced speaker and teacher. With her daughter Kristin Cast, she is the author of the House of Night novels, including Awakened, Burned and Hunted. Cast was born in the Midwest, and as a girl fell in love with mythology. After high school, she joined the U.S. Air Force, then taught high school for 15 years before retiring to write full time. Cast's novels are New York Times bestsellers and have been awarded the Oklahoma Book Award, YALSA Quick Pick for Reluctant Readers, Romantic Times Reviewers' Choice Award, the Prism, Holt Medallion, Daphne du Maurier, Booksellers' Best, and the Laurel Wreath. Ms. Cast lives in Oklahoma, where she is a member of the Oklahoma Writers' Hall of Fame. She splits her time between her ranch and midtown Tulsa where she has a home just down the street from the House of Night...


Kristin Cast has won awards for her poetry and journalism. She also lives in Oklahoma, where she attends college in Tulsa.