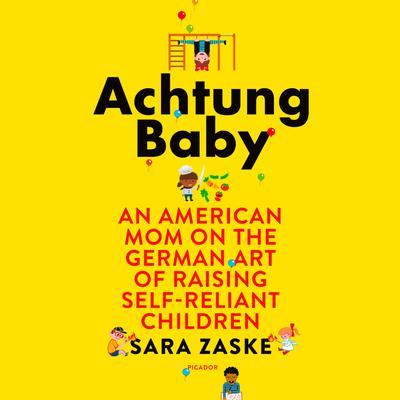 "[Sarah Zaske] reads her fascinating book on contemporary German parenting with friendly confidence and a delightful curiosity about her discoveries while raising two young children in Berlin...Zaske's gift for narrative and her keen observations about German and American parenting make this a refreshing, eye-opening audio for those raising young children" — AudioFile Magazine

This Audiobook Provides an Entertaining, Enlightening Look at the Art of Raising Self-Reliant, Independent Children Based on One American Mom’s Experiences in Germany

This instructive audiobook is perfect for new parents and anyone else interested in how different cultures approach child rearing.