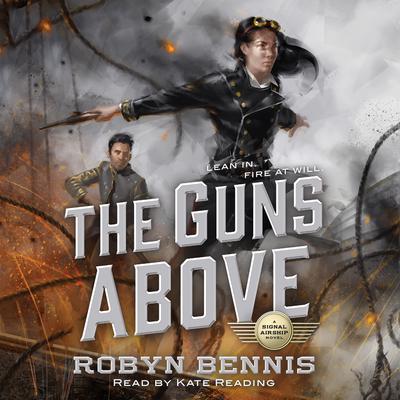 The Guns Above (Digital Audiobook)

"The audiobook was [a] great listen because of the superb narration. As always, Kate Reading nailed the performance, her voice being the perfect match for Josette's poise and strength." — The BiblioSanctum

Robyn Bennis’ THE GUNS ABOVE is an adventurous military fantasy debut about a nation's first female airship captain.

More praise for The Guns Above:

ROBYN BENNIS works in biotech but dreams of airships. She lives in Mountain View, CA, within sight of the historic Hangar One at Moffett Federal Airfield. The Guns Above is her debut novel.