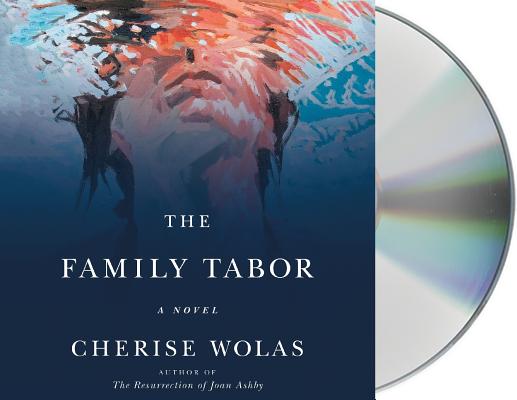 "...the sense of loyalty to one’s family history is so vivid in the novel that it is practically its own character.” —New York Times Book Review

The Family Tabor is the next audiobook from Cherise Wolas, acclaimed author of The Resurrection of Joan Ashby

Set over the course of a single weekend, and deftly alternating between the five Tabors, this provocative, gorgeously rendered audiobook reckons with the nature of the stories we tell ourselves and our family and the price we pay for second chances.

More praise for The Family Tabor:

“An utterly hypnotic read...THE FAMILY TABOR is a supple and engrossing read — highly recommended for people who love an intricate family drama.” — Chicago Review of Books

“Wolas...once again writes with gorgeous intensity about the strata of loving relationships that entwine families in all their messy contradictions that often stubbornly resist transparency, the truth, and resolution. Savor this.” — Library Journal, starred review

Jonathan Davis has narrated numerous audiobooks, receiving widespread critical acclaim for his performances in a variety of genres including an Audie Award nomination in the Thriller/Suspense category for his narration of Michael Gruber's Night of the Jaguar. His work includes The Stranger, The Brief and Wondrous Life of Oscar Wao, Battlestar Galactica, Halo: Ghosts of Onyx, and Atherton. His performance in Naked Statistics by Charles Wheelan won an Audie nomination in 2014. He has also narrated over thirty Star Wars titles, including Attack of the Clones, Revenge of the Sith and Dark Lord. Davis gave voice to Vladimir Lem, one of the central figures in the video game "Max Payne 2: The Fall of Max Payne", which won several Editors Choice Awards.

"Narrator Jonathan Davies delivers a crisp and unobtrusive narration that lays bare the story of a wealthy, successful family on the brink of implosion." -AudioFile
or
Not Currently Available for Direct Purchase
Copyright © 2020 American Booksellers Association