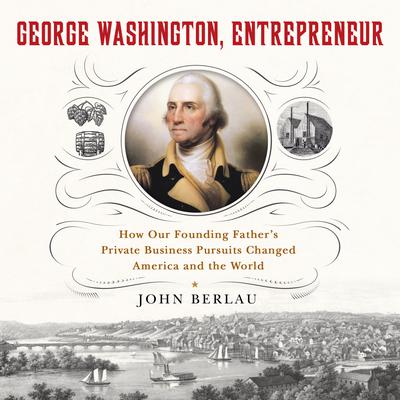 A detailed audiobook biography of George Washington, focusing on his many innovations and inventions.

George Washington: general, statesman, businessman? Most Americans don't know that Washington was the country's first true entrepreneur, responsible for revolutionizing several industries. In George Washington, Entrepreneur, John Berlau gives us a tour of Mount Vernon, explaining how our founding father is at the heart of American innovation.

Some of Washington's contributions to business and invention:

-Every American mule can be traced to Mount Vernon; Washington was instrumental in breeding horses with donkeys to create a superior farm animal.

-Unlike most Virginia farmers, Washington grew vast fields of wheat. His state-of-the-art mill exported flour throughout the US and Europe. By stamping his initials on each package, he created GW Flour, one of the very first branded food products.

-On the advice of a Scottish worker, Washington built a distillery, grew all of the necessary crops, and became one of the largest American whiskey distributors of his time.

Showing an unfamiliar side of our Founding Father, lovers of business and history will find this audiobook informative and enchanting.