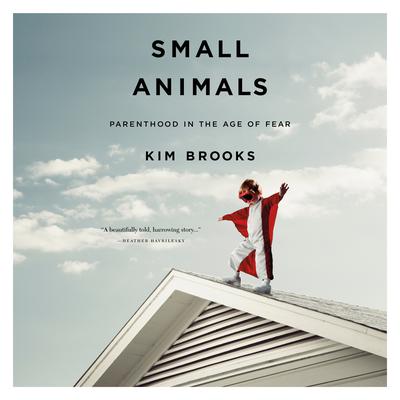 Parenthood in the Age of Fear

"Kim Brooks's moving narration is the perfect vehicle for the drama surrounding her arrest for a momentary lapse in judgement...Brooks's lyrical writing and largely dispassionate narration will draw parents into this larger dynamic and restore their freedom to do what they believe is best as parents." — AudioFile Magazine

One morning, Kim Brooks made a split-second decision to leave her four-year old son in the car while she ran into a store. What happened would consume the next several years of her life and spur her to investigate the broader role America’s culture of fear plays in parenthood. In Small Animals, Brooks asks, Of all the emotions inherent in parenting, is there any more universal or profound than fear? Why have our notions of what it means to be a good parent changed so radically? In what ways do these changes impact the lives of parents, children, and the structure of society at large? And what, in the end, does the rise of fearful parenting tell us about ourselves?

Fueled by urgency and the emotional intensity of Brooks’s own story, Small Animals is a riveting examination of the ways our culture of competitive, anxious, and judgmental parenting has profoundly altered the experiences of parents and children. In her signature style—by turns funny, penetrating, and always illuminating—which has dazzled millions of fans and been called "striking" by New York Times Book Review and "beautiful" by the National Book Critics Circle, Brooks offers a provocative, compelling portrait of parenthood in America and calls us to examine what we most value in our relationships with our children and one another.

"Small Animals interrogates how we weigh risk as parents, how we judge one another's parenting and what the costs might be — not just to parents, but to children, too —of a culture of constant surveillance." — New York Times Book Review

"Part memoir, part history, part documentary, part impassioned manifesto...it might be the most important book about being a parent that you will ever read." —Emily Rapp Black, New York Times bestselling author of The Still Point of the Turning World

“Small Animals by Kim Brooks, came at me like a giant exhalation, a release of so much of the stress I’ve carried around since [becoming] a mother.” — Rebecca Makkai, author of The Great Believers