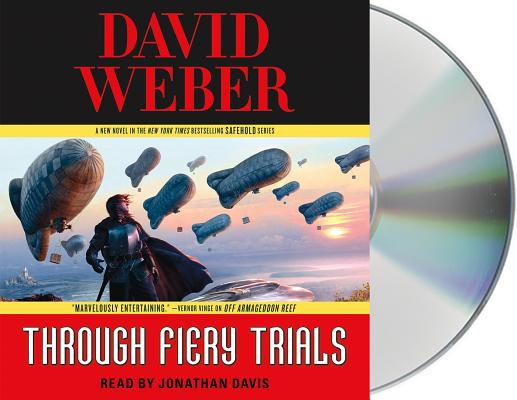 With new alliances forged and old regimes fractured, Merlin—the cybernetic avatar of Earth's last survivor and immortal beacon to humanity—and the colonies of Safehold have many adventures ahead in Through Fiery Trials, the continuation of David Weber's New York Times bestselling military science fiction series.

Jonathan Davis, who has narrated more than 150 audiobooks, has received widespread critical acclaim for his performances in a variety of genres. He's been nominated for an Audie Award in the Thriller / Suspense category, and he's read several AudioFile Earphones Award-winning titles. He has also narrated over thirty Star Wars titles. Jonathan has read such works as Snow Crash, The Stranger, Halo: Ghosts of Onyx, and The Shadow of the Wind.

He also performs voice-over work and is the voice of Vladimir Lem in the Editors Choice Award-winning video game "Max Payne 2: The Fall of Max Payne." Jonathan grew up in Puerto Rico and speaks Spanish, Portuguese, and Hebrew.