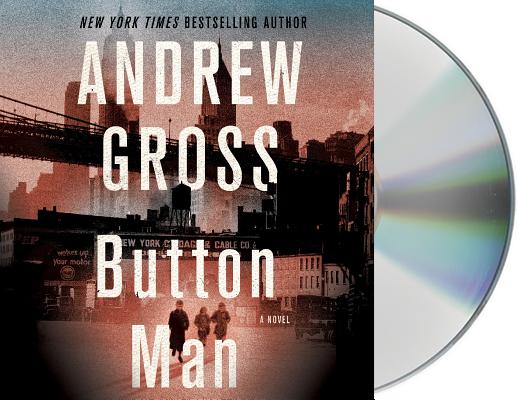 Following up The One Man and The Saboteur, Andrew Gross's next historical thriller audiobook brings to life the dramatic birth of organized crime in 1930s New York City from the tale of one family.

After a string of New York Times bestselling suburban thrillers, Andrew Gross has reinvented himself as a writer of historical thrillers. In his latest audiobook, Button Man, he delivers a stirring story of a Jewish family brought together in the dawn of the women's garment business and torn apart by the birth of organized crime in New York City in the 1930s.

This new audiobook is equal parts historical thriller, rich with the detail of a vibrant New York City in the 1920s and 1930s, and family saga, based on Andrew Gross's own family story and on the history of the era, complete with appearances by real-life characters like mobsters Louis Lepke and Dutch Schultz and special prosecutor Thomas Dewey, and cements Gross's reputation as today's most atmospheric and original historical thriller writer.

“Button Man is a compelling, fast paced historical thriller that paints a rich portrait of the rise of organized crime in 1930’s America. Fans of Boardwalk Empire and Dennis Lehane will love it.” - Kristin Hannah, New York Times bestselling author of The Nightingale


Praise For Button Man: A Novel…

"[N]arrator Edoardo Ballerini's narration is eminently listenable. He uses his many talents to make this audiobook...lively and contemporary." -AudioFile

Edoardo Ballerini is an American writer, director, film producer and actor.  He has won many awards for his audiobook narration; within only a few years after beginning his narrating career, he won several AudioFile Earphones Awards for his work, including Stephen Greenblatt’s The Swerve: How The World Became Modern, Jodi Picoult’s The Storyteller and Jess Walter’s Beautiful Ruins.   He narrated Kenzaburo Oe’s Nobel Prize Winning Nip the Buds, Shoot the Kids, Joseph Finder’s The Moscow Club as well as works by John Edward and Daniel Stashower.   In television and film, he is best known for his role in The Sopranos, 24, I Shot Andy Warhol, Dinner Rush and Romeo Must Die. The silky-voiced Ballerini is trained in theater and continues to do much work on stage.
Loading...
or
Not Currently Available for Direct Purchase