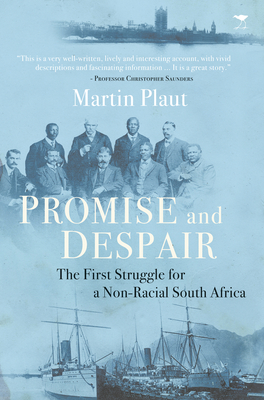 Most people believe that black South Africans obtained the vote for the first time in 1994. In fact, for almost a century suitably qualified black people had enjoyed the vote in the Cape and Natal, and in certain constituencies had decided the outcome of parliamentary elections. Little wonder, then, that when the first South Africa came about in 1910, black people were keen to see the principle of non-racialism entrenched in the constitution that was drawn up for the new Union. This is the story of that struggle. Its centrepiece is a lively account of the delegation that travelled to London in mid-1909 to lobby for a non-racial constitution.

Born in South Africa in 1950, Martin Plaut received his first degree from the University of Cape Town before going on to do an MA at the University of Warwick. In 1984 he joined the BBC, working primarily on Africa. He has reported from many parts of the continent but specialized in the Horn of Africa and Southern Africa. He became Africa editor, BBC World Service News, in 2003 and retired from the BBC in 2013.
Loading...
or
Not Currently Available for Direct Purchase