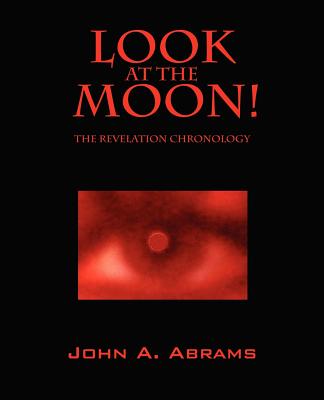 Look at the Moon! the Revelation Chronology (Paperback)

By John A. Abrams

Job 19:25: For I know that my redeemer liveth, and that he shall stand at the latter day upon the earth
The Book of Revelation is not in chronological order.

In the 14th chapter of the Book of Revelation we find our Savior Jesus Christ on the earth, standing on Mount Sion in Israel, with 144,000 redeemed from humanity.

Revelation 14:1:
And I looked, and, lo, a Lamb stood on the mount Sion, and with him an hundred forty and four thousand, having his Father's name written in their foreheads.

However, five chapters later in the 19th chapter of Revelation we see our Master Jesus Christ still in Heaven about to lead the armies of holy angels down to the earth.

Revelation 19:11-14:
19:11: And I saw heaven opened, and behold a white horse; and he that sat upon him was called Faithful and True, and in righteousness he doth judge and make war.
19:12: His eyes were as a flame of fire, and on his head were many crowns; and he had a name written, that no man knew, but he himself.
19:13: And he was clothed with a vesture dipped in blood: and his name is called The Word of G-D.
19:14: And the armies which were in heaven followed him upon white horses, clothed in fine linen, white and clean.

The goal of Look at the Moon is to place the events of the Book of Revelation into their correct chronological order.