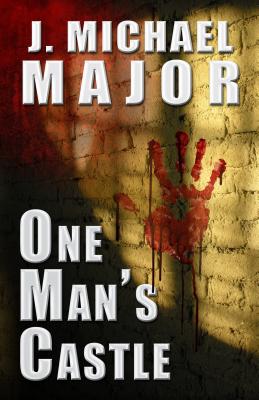 Is a man a serial killer if he only kills the burglars who break into his home?


And what if one of them is the man who had murdered the homeowner’s wife and was returning to kill him?


Walter Buczyno is an angry man. Devastated by Dottie’s murder years earlier, he feels a sense of justice when Franklin Edward Harris returns and Walter kills him. But while he is away telling his in-laws how Dottie’s murder was avenged, the bodies of Harris and the other burglars are discovered in his crawlspace, and Walter is on the run, a Wanted Man hunted by the very authorities that had let him down before.


When Kevin Riehle’s alcoholic partner finally retires, Riehle becomes the senior detective of the Westbrook Police Department. But within days, everything falls apart. He and his new partner, Capparelli, an older cop who transferred in from Chicago, are thrust into the media spotlight while investigating the Buczyno case. The pressures of the case and dealing with Capparelli’s personal demons, along with having to watch a family friend descend into madness after his wife and baby are killed by a drunk driver, all begin to take their toll on Riehle’s family, and everything goes horribly wrong…