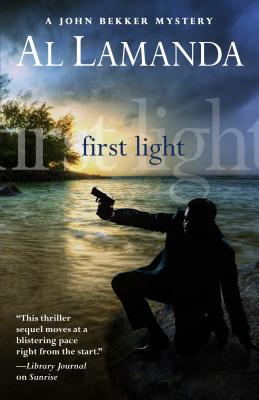 John Bekker returns in First Light to face the toughest challenge of his career.
Hired by a man dying of cancer to locate the baby girl he gave up for adoption forty years ago, Bekker
discovers the baby wasn't adopted but sold to a New York couple named Gertz. They named the child
Sarah, and Sarah Gertz disappeared without a trace twelve years ago in Washington DC.
Bekker uncovers evidence linking Sarah Gertz to the powerful Senator Oliver Koch, who is the next
candidate for Vice-President. Twelve years ago, Koch and Sarah had an affair that left her pregnant.
Bekker is convinced Koch had her murdered, but unless he can prove it, a murderer will be in the
White House.