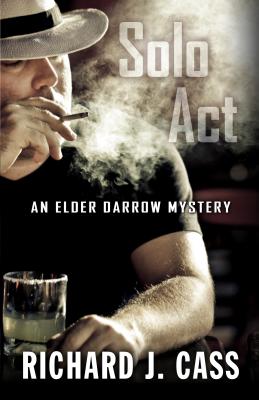 An alcoholic walks into a bar . . . and buys it. In this amateur sleuth mystery, Elder Darrow uses the last of the money from the trust fund his mother left him to buy the Esposito, a bucket-of-blood bar in Boston, hoping to turn it into a jazz nightspot. Though he knows that working in a bar is going to test his sobriety, he's relying on the support of his ex-lover, a jazz singer named Alison Somers.
The two of them split when Alison moved to New York to further her career but before she left, the two of them made a pact: he ll stay off the booze if she keeps taking her antidepressants, which keep her from another suicide attempt. Then one day Elder hears that Alison has killed herself by diving out her apartment window.
With his sobriety threatened, he follows an instinct that says she wouldn t have quit taking her meds, or killed herself, without talking to him first. Along the way, Elder encounters a beautiful collector of jazz memorabilia, a Native American gangster with aspirations to management, and a bomb-throwing piano player, as well as the usual stresses and strains of running a bar. But with the reluctant help of his friend Dan Burton, a homicide cop, Elder investigates and exposes the conspiracy of local thugs, corrupt physicians, and shipments of pharmaceuticals of questionable quality, proving that Alison was murdered and who was responsible.