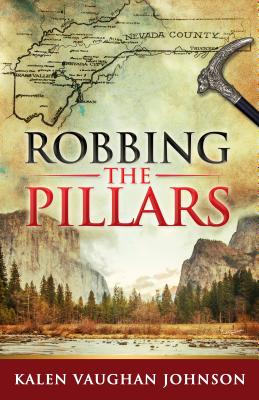 James MacLaren, a fugitive from Scotland, embarks on a new life in California, escaping his secrets but not his hatred for the upper class. He is a man always on his guard, leery of the entitled and wary of his own temper. While raising a beautiful, headstrong daughter, and denying his love for a woman he cannot have, he champions miners in their fight against the Coleridge Sierra speculators seeking to maneuver a mining industry monopoly.

San Francisco's Judge Dandridge sees himself as a man of vision. But when retributions fail in his courtroom, reparations are administered in the back rooms of vigilante justice. His venal and mercenary machinations tie him to the powerful Sam Brannan, the Chinese Tong and a shadowy control of the governorship of California.

Robbing the Pillars is a story of the working class fighting for legitimacy against a legacy of gold and all it seduces a tale of hidden pasts, love and betrayal, and the fulfillment of dreams against incredible odds.

Robbing the Pillars is the first book in The Empire Barons series.