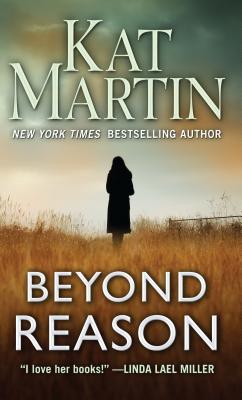 "I love her books "--Linda Lael Miller
New York Times bestselling author Kat Martin raises chills as danger stalks a woman determined to make it in a man's world . . .
Five weeks ago Carly Drake stood at her grandfather's grave. Now she's burying Drake Trucking's top driver, and the cops have no leads on the hijacking or murder. Faced with bankruptcy, phone threats and the fear of failure, Carly has to team up with the last man she wants to owe--Lincoln Cain.
Cain is magnetic, powerful, controlling--and hiding more than one secret. He promised Carly's granddad he'd protect her. The old man took a chance on him when he was nothing but a kid with a record, and now he's the multi-millionaire owner of a rival firm.
But Linc's money can't protect Carly from the men who'll do anything to shut her down, or the secrets behind Drake Trucking. If she won't sell out, the only way to keep her safe is to keep her close . . . and fight like hell.

Kat Martin is the New York Times bestselling author of sixty-five books across multiple genres. Sixteen million copies are in print and she has been published in twenty-one foreign countries, including Japan, France, Argentina, Greece, China, and Spain. Her books have been nominated for the prestigious RITA award and won both the Lifetime Achievement and Reviewer's Choice Awards from RT Book Reviews. A resident of Missoula, Montana, Kat is a graduate of the University of California at Santa Barbara, where she majored in Anthropology and also studied History. She and her author husband, L.J. Martin, spend their winters in Ventura, California. She is currently writing her next Romantic Suspense. Visit Kat at www.katmartin.com. Or join her Facebook page. (www.facebook.com/pages/Kat-Martin).
Loading...
or
Not Currently Available for Direct Purchase