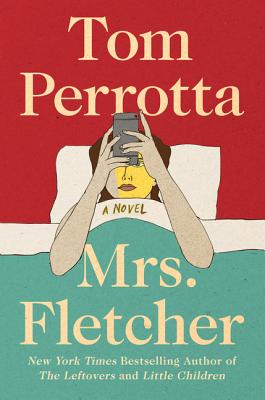 “With son Brendan off to college at Berkshire State and ex-husband Ted remarried, Eve Fletcher is feeling a bit unfulfilled, despite her sometimes-trying job as the director of a senior center - until she finds a new and decidedly adult pastime. Neither mother nor son knows what to make of their new lives, and all they know about relationships, to say nothing of sex, seems to be up for discussion. What I love about Tom Perrotta's books is how uncomfortable they can make me feel, while at the same time making me laugh hysterically; Mrs. Fletcher shows Mr. Perrotta in top form on both counts.”
— Daniel Goldin, Boswell Book Company, Milwaukee, WI
View the List