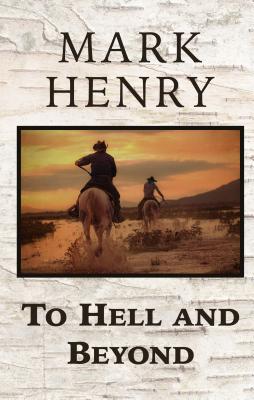 To Hell and Beyond

It's been thirty years since they battled through a war-torn frontier. Now they'll ride together once again--and the bullets will fly . . . THE HELL RIDERS During the bloody Apache Wars, Trap O'Shannon, Clay Madsen, Ky Roman, and a few others distinguished themselves with uncommon valor in the brutal Geronimo Campaign. Known as the Scout Trackers, this fearsome bunch of battle-hardened warriors rode hard, shot straight and plenty, and took chances no one else was willing to take. But times have changed and the brotherhood is scattered here and there in a changing land--until the past comes rolling back with a vengeance. HARD ROAD TO HEAVEN Reunited, the gang is ready to ride hard from Montana all the way to the Arizona Territory to enforce their fearless brand of justice. Killers of every stripe will stand in their way, but that only means Trap and his men will fight that much harder to bury every last one of them . . . Here together for the first time are Mark Henry's explosive Western epics that show the brutal, gut-punching American West in all its violent glory.

Mark Henry is the pseudonym of national bestselling author Marc Cameron, author of National Security and Field of Fire.. A retired Deputy U.S. Marshal, Cameron spent nearly thirty years in law enforcement. His assignments have taken him from Alaska to Manhattan, Canada to Mexico, and dozens of points in between. He holds a second degree black belt in Ju Jitsu and is a certified scuba diver and man-tracker. Cameron lives in Alaska with his wife, blue heeler dog, and BMW GS motorcycle.
Loading...
or
Not Currently Available for Direct Purchase