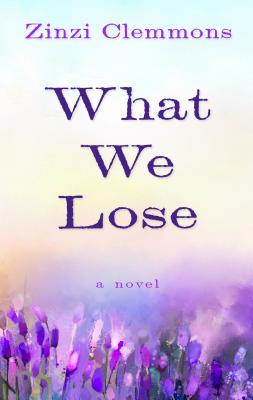 “What We Lose is a quietly brilliant book detailing the way loss manifests itself in the life of its narrator, Thandi, and the reader, as Clemmons' writing shines back on you, too. The death of Thandi's mother brings about the loss of childhood innocence, her connection with her past, and her identity as a black woman. Clemmons' book is told in vignettes, stories and thoughts, with the narrative of this time in Thandi's life slowly swirling through it. It's as powerful a meditation on grief as I've ever read.”
— Stefanie Schmidt, Water Street Books, Exeter, NH
View the List

"The debut novel of the year." --Vogue

"Raw and ravishing, this novel pulses with vulnerability and shimmering anger." --Nicole Dennis-Benn, O, the Oprah Magazine "Stunning. . . . Powerfully moving and beautifully wrought, What We Lose reflects on family, love, loss, race, womanhood, and the places we feel home." --Buzzfeed "Remember this name: Zinzi Clemmons. Long may she thrill us with exquisite works like What We Lose. . . . The book is a remarkable journey." --Essence From an author of rare, haunting power, a stunning novel about a young African-American woman coming of age--a deeply felt meditation on race, sex, family, and country Raised in Pennsylvania, Thandi views the world of her mother's childhood in Johannesburg as both impossibly distant and ever present. She is an outsider wherever she goes, caught between being black and white, American and not. She tries to connect these dislocated pieces of her life, and as her mother succumbs to cancer, Thandi searches for an anchor--someone, or something, to love. In arresting and unsettling prose, we watch Thandi's life unfold, from losing her mother and learning to live without the person who has most profoundly shaped her existence, to her own encounters with romance and unexpected motherhood. Through exquisite and emotional vignettes, Clemmons creates a stunning portrayal of what it means to choose to live, after loss. An elegiac distillation, at once intellectual and visceral, of a young woman's understanding of absence and identity that spans continents and decades, What We Lose heralds the arrival of a virtuosic new voice in fiction. One of the New York Times, Huffington Post, Buzzfeed, Cosmopolitan, Glamour, Redbook, Marie Claire, Essence, Houston Chronicle, LA Daily News, Nylon, and Elle's Books to Read This Summer

Zinzi Clemmons was raised in Philadelphia by a South African mother and an American father. A graduate of Brown and Columbia, her writing has appeared in Zoetrope: All-Story, The Paris Review Daily, Transition, and elsewhere. She is a cofounder and former publisher of Apogee Journal and a contributing editor to Literary Hub. She has been in residence at the MacDowell Colony, Bread Loaf, the Fine Arts Work Center in Provincetown, and Dar al-Ma'mun in Marrakech, Morocco. Clemmons lives in Los Angeles with her husband, where she teaches at The Colburn Conservatory and Occidental College.
Loading...
or
Not Currently Available for Direct Purchase