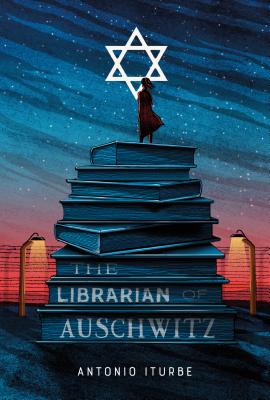 The Librarian of Auschwitz

Based on the experience of real-life Auschwitz prisoner Dita Kraus, this is the incredible story of a girl who risked her life to keep the magic of books alive during the Holocaust.

Fourteen-year-old Dita is one of the many imprisoned by the Nazis at Auschwitz. Taken, along with her mother and father, from the Terez n ghetto in Prague, Dita is adjusting to the constant terror that is life in the camp. When Jewish leader Freddy Hirsch asks Dita to take charge of the eight precious volumes the prisoners have managed to sneak past the guards, she agrees. And so Dita becomes the librarian of Auschwitz.

Out of one of the darkest chapters of human history comes this extraordinary story of courage and hope.

Antonio Iturbe lives in Spain, where he is both a novelist and a journalist. In researching The Librarian of Auschwitz, he interviewed Dita Kraus, the real-life librarian of Auschwitz.Lilit Zekulin Thwaites is an award-winning literary translator. After thirty years as an academic at La Trobe University in Australia, she retired from teaching and now focuses primarily on her ongoing translation and research projects.
Loading...
or
Not Currently Available for Direct Purchase