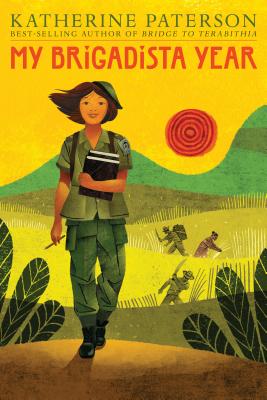 In an engrossing historical novel, the Newbery Medal-winning author of Bridge to Terabithia follows a young Cuban teenager as she volunteers for Fidel Castro's national literacy campaign and travels into the impoverished countryside to teach others how to read. When thirteen-year-old Lora tells her parents that she wants to join Premier Castro's army of young literacy teachers, her mother screeches to high heaven, and her father roars like a lion. Nora has barely been outside of Havana -- why would she throw away her life in a remote shack with no electricity, sleeping on a hammock in somebody's kitchen? But Nora is stubborn: didn't her parents teach her to share what she has with someone in need? Surprisingly, Nora's abuela takes her side, even as she makes Nora promise to come home if things get too hard. But how will Nora know for sure when that time has come? Shining light on a little-known moment in history, Katherine Paterson traces a young teen's coming-of-age journey from a sheltered life to a singular mission: teaching fellow Cubans of all ages to read and write, while helping with the work of their daily lives and sharing the dangers posed by counterrevolutionaries hiding in the hills nearby. Inspired by true accounts, the novel includes an author's note and a timeline of Cuban history.

Katherine Paterson is a former National Ambassador for Young People's Literature. Her international fame rests not only on her widely acclaimed novels but also on her efforts to promote literacy in the United States and abroad. A two-time winner of the Newbery Medal and the National Book Award, she has also received numerous other accolades, including the Hans Christian Andersen Award, the Astrid Lindgren Memorial Award, as well as the Vermont Governor's Award for Excellence in the Arts.With her late husband, John Paterson, she co-authored The Flint Heart, a wryly retold fantasy illustrated by John Rocco and published by Candlewick Press. In 2000, Katherine Paterson was named a Living Legend by the Library of Congress. She lives in Barre, Vermont.
or
Not Currently Available for Direct Purchase
Copyright © 2020 American Booksellers Association