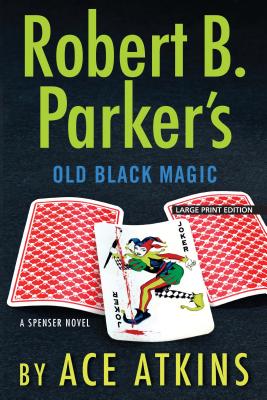 Iconic, tough-but-tender Boston PI Spenser delves into the black market art scene to investigate a decades-long unsolved crime of dangerous proportions.
The heist was legendary, still talked about twenty years after the priceless paintings disappeared from one of Boston's premier art museums. Most thought the art was lost forever, buried deep, sold off overseas, or, worse, destroyed as incriminating evidence. But when paint chips from the most valuable piece stolen, Gentlemen in Black by a Spanish master, arrives at the desk of a Boston journalist, the museum finds hope and enlists Spenser's help.

Soon the cold art case thrusts Spenser into the shady world of black market art dealers, aged Mafia bosses, and old vendettas. A five-million-dollar-reward by the museum's top benefactor, an aged, unlikable Boston socialite, sets Spenser and pals Vinnie Morris and Hawk onto a trail of hidden secrets, jailhouse confessions, and decades-old murders. Set against the high-society art scene and the low-life back alleys of Boston, this is classic Spenser doing what he does best.

Robert B. Parker was the author of seventy books, including the legendary Spenser detective series, the novels featuring police chief Jesse Stone, and the acclaimed Virgil Cole-Everett Hitch westerns, as well as the Sunny Randall novels. Winner of the Mystery Writers of America Grand Master Award and long considered the undisputed dean of American crime fiction, he died in January 2010. Ace Atkins is the New York Times bestselling author of the Quinn Colson novels, two of which were nominated for the Edgar Award for Best Novel. In addition, he is the author of several New York Times bestselling novels in the continuation of Robert B. Parker's Spenser series. Before turning to fiction, he was a correspondent for the St. Petersburg Times, a crime reporter for the Tampa Tribune, and, in college, played defensive end for the undefeated Auburn University football team (for which he was featured on the cover of Sports Illustrated). He lives in Oxford, Mississippi.
or
Buy Here
Copyright © 2020 American Booksellers Association