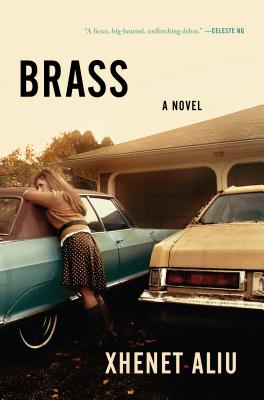 A waitress at the Betsy Ross Diner Elsie hopes her nickel-and-dime tips will add up to a new life. Then she meets Bashkim a married man who left Albania to chase his dreams and wound up working as a line cook in Waterbury Connecticut. Seventeen years later headstrong and independent Luljeta receives a rejection letter from NYU and a suspension from school on the same day. Now she (TM)s stuck in Connecticut with her mother Elsie " a fate she refuses to accept.

Xhenet Aliu's debut fiction collection, Domesticated Wild Things, and Other Stories, won the Prairie Schooner Book Prize in Fiction. Her stories and essays have appeared in Glimmer Train, The Barcelona Review, American Short Fiction, and elsewhere. She holds an MFA from the University of North Carolina Wilmington and an MLIS from The University of Alabama. A native of Waterbury, Connecticut, she was born to an Albanian father and a Lithuanian American mother. She now lives in Athens, Georgia, and works as an academic librarian.
Loading...
or
Not Currently Available for Direct Purchase