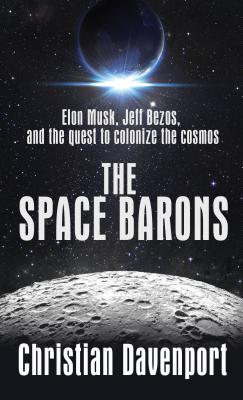 Christian Davenport is a staff writer at the Washington Post covering the space and defense industries for the financial desk. He joined the Post in 2000, and has written about the DC-area sniper shootings, the Abu Ghraib prison scandal, and the burial problems at Arlington National Cemetery. He is a recipient of the Peabody award for his work on veterans with Traumatic Brain Injury and has been on reporting teams that were finalists for the Pulitzer Prize three times. Before joining the financial staff, Davenport was an editor on the Metro desk, overseeing coverage of local government and politics. He has also worked at Newsday, Philadelphia Inquirer, and Austin American-Statesman. As a frequent radio and television commentator, he has appeared on MSNBC, CNN, PBS NewsHour, and several NPR shows, including All Things Considered and Diane Rehm.
Loading...
or
Not Currently Available for Direct Purchase