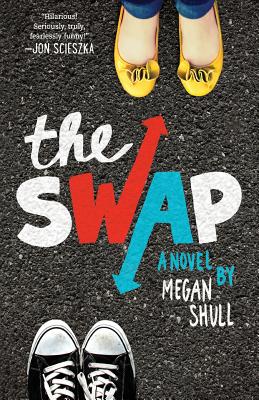 With one random wish, Jack and Ellie are living life in each other's shoes. He's her. And she's him. ELLIE assumed popular guys didn't worry about body image, being perfect, or talking to girls, but acting like you're cool with everything is tougher than it looks. JACK thought girls had it easy--no fights with bullies, no demanding dads, no power plays--but facing mean girls at sleepovers and getting grilled about your period is way harder than taking a hit to the face at sports practice.
Now they're dealing with each other's middle school dramas--locker room teasing, cliques, video game battles, bra shopping, and a slew of hilariously awkward moments--until they hopefully switch back Told in both Jack's and Ellie's voices, The Swap offers a fresh and honest take on tween friendship, all while exploring more serious themes of family, loss, empathy, and what it really means to be yourself. And as Jon Scieszka says, it's "seriously, truly, fearlessly funny
or
Not Currently Available for Direct Purchase
Copyright © 2020 American Booksellers Association