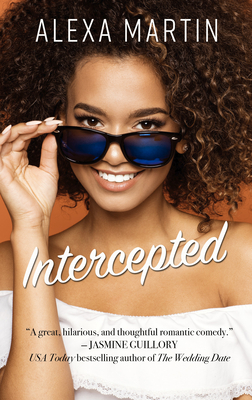 Marlee Harper is the perfect girlfriend. She's definitely had enough practice by dating her NFL-star boyfriend for the last ten years. But when she discovers he has been tackling other women on the sly, she vows to never date an athlete again. There's just one problem: Gavin Pope, the new hotshot quarterback, has Marlee in his sights.�Gavin fights to show Marlee he's nothing like her ex. But not everyone is ready to let her escape her past, and when the gossip makes Marlee public enemy number one, she worries about more than just her reputation.�It will take a Hail Mary for Marlee and Gavin's relationship to survive the season.

Alexa Martin is a writer and stay at home mom. She lives in Colorado with her husband, a former NFL player who now coaches at the high school where they met, their four children, and a German Shepherd. When she's not telling her kids to put their shoes on...again, you can find her catching up with her latest book boyfriend or on Pinterest pinning meals she'll probably never make. Her first book, Intercepted, was inspired by the eight years she spent as an NFL wife.
Loading...
or
Not Currently Available for Direct Purchase