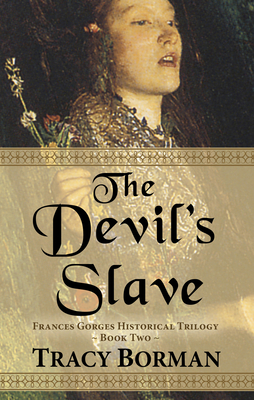 In the new Puritan regime of King James I, whispers of conspiracies echo behind closed doors and down the halls of the royal palaces. Against this perilous backdrop, Frances Gorges reunites with her former mistress, the Princess Elizabeth, as well as other less friendly members of the court: Prince Henry, who emulates his father�s brutality without scruple; Lord Cecil, eager to persecute Frances as a witch; and King James himself. Yet a surprising ally emerges in the person of Sir Walter Raleigh, himself a prisoner in the Tower of London. With more lives than her own on the line, Frances soon finds herself caught in a spider�s web of secrets, promises, and plots.

Tracy Borman is England's joint Chief Curator of Historic Royal Palaces and Chief Executive of the Heritage Education Trust. She is the author of a number of highly acclaimed books including Henry VIII and the Men Who Made Him; The Private Lives of the Tudors: Uncovering the Secrets of Britain's Greatest Dynasty; Thomas Cromwell: The Untold Story of Henry VIII's Most Faithful Servant; Queen of the Conqueror: The Life of Matilda, Wife of William I; Elizabeth's Women: Friends, Rivals, and Foes Who Shaped the Virgin Queen; Witches: A Tale of Sorcery, Scandal and Seduction; as well as the novel The King's Witch. Borman is also a regular broadcaster and public speaker.tracyborman.co.uk@tracyborman
Loading...
or
Not Currently Available for Direct Purchase