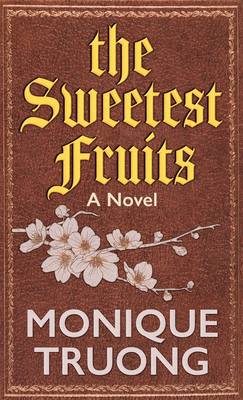 "A sublime, many-voiced novel of voyage and reinvention" (Anthony Marra) " Truong] imagines the extraordinary lives of three women who loved an extraordinary man and] creates distinct, engaging voices for these women" (Kirkus Reviews) A Greek woman tells of how she willed herself out of her father's cloistered house, married an Irish officer in the British Army, and came to Ireland with her two-year-old son in 1852, only to be forced to leave without him soon after. An African American woman, born into slavery on a Kentucky plantation, makes her way to Cincinnati after the Civil War to work as a boarding house cook, where in 1872 she meets and marries an up-and-coming newspaper reporter. In Matsue, Japan, in 1891, a former samurai's daughter is introduced to a newly arrived English teacher, and becomes the mother of his four children and his unsung literary collaborator. The lives of writers can often best be understood through the eyes of those who nurtured them and made their work possible. In The Sweetest Fruits, these three women tell the story of their time with Lafcadio Hearn, a globetrotting writer best known for his books about Meiji-era Japan. In their own unorthodox ways, these women are also intrepid travelers and explorers. Their accounts witness Hearn's remarkable life but also seek to witness their own existence and luminous will to live unbounded by gender, race, and the mores of their time. Each is a gifted storyteller with her own precise reason for sharing her story, and together their voices offer a revealing, often contradictory portrait of Hearn. With brilliant sensitivity and an unstinting eye, Truong illuminates the women's tenacity and their struggles in a novel that circumnavigates the globe in the search for love, family, home, and belonging.

Monique Truong is the author of two novels, The Book of Salt and Bitter in the Mouth, and her work has been published in fifteen countries. Her awards and honors include the PEN/Robert Bingham Fellowship, the New York Public Library Young Lions Award, the Asian American Literary Award, and the American Academy of Arts and Letters Rosenthal Family Foundation Award.
Loading...
or
Not Currently Available for Direct Purchase